I think all people who have ever tried hair colouring already heard about henna, too. But hearing or reading about it doesn’t equal with trying. You may feel that trying henna at home can be something like a challenge. If you have ever read about it you know that it will get messy and getting the desired colour may take you long hours with the mixture on your hair. To be honest I think these are the reasons why a lot of women choose „normal” dyes. They are much more simpler. You can find an hour for it even if you’re busy. You can go to a salon or you can even invite a friend to make it for you while you both talk about all the week’s stories with each other. Why not, it’s fun. Nevertheless there’s still some really important benefits about henna. It’s natural with no chemicals so it’s worth a try for sure. 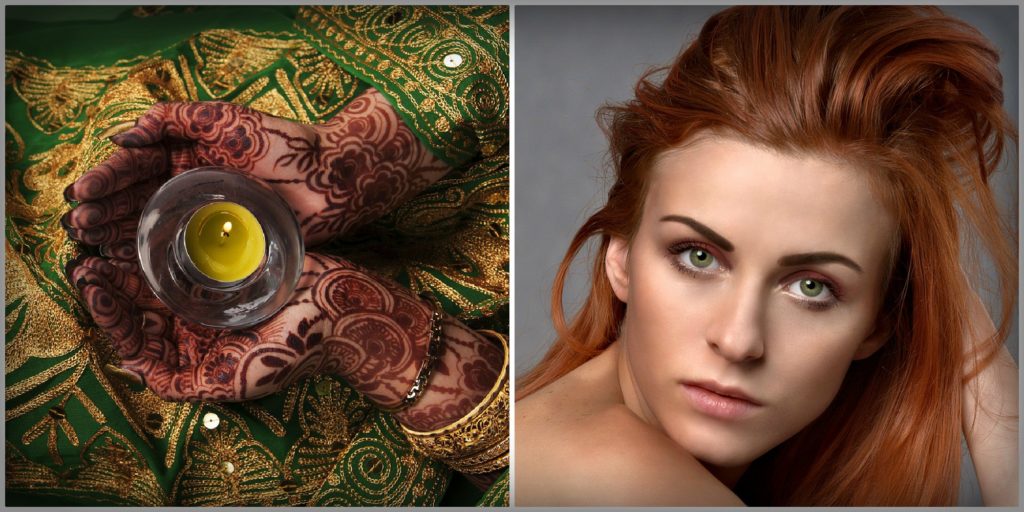 This post is rather sharing some experience with you about henna instead of just listing a few facts. After collecting some pieces of information my friend decided to try it and share this „adventure” with me. Some people make fast decisions while others think longer about making a change. Regarding hair colour, I think it’s always better to think it through twice.

If it’s henna, the reason is the fact that you cannot just switch to „normal dyes” after using it if you prefer another colour with less mess. So – get back to us – the decision was made, the dye was bought and we were ready for having fun.

Given we read kind of scary opinions about elbow-grease work of breaking henna bricks into pieces we chose powder for the first try. Also read about several natural ingredients that can be added to the dye like lemon, beetroot, coffee, tea, olive oil, egg and many more (It could be another, separate post) and we decided to make a mixture with lemon, beetroot and some tea. We didn’t do anything special in advance, I mean no mixture was made the day before. We used the cream almost immediately. Have I told you it was fun? Look at the nasty smiling face in the bowl: 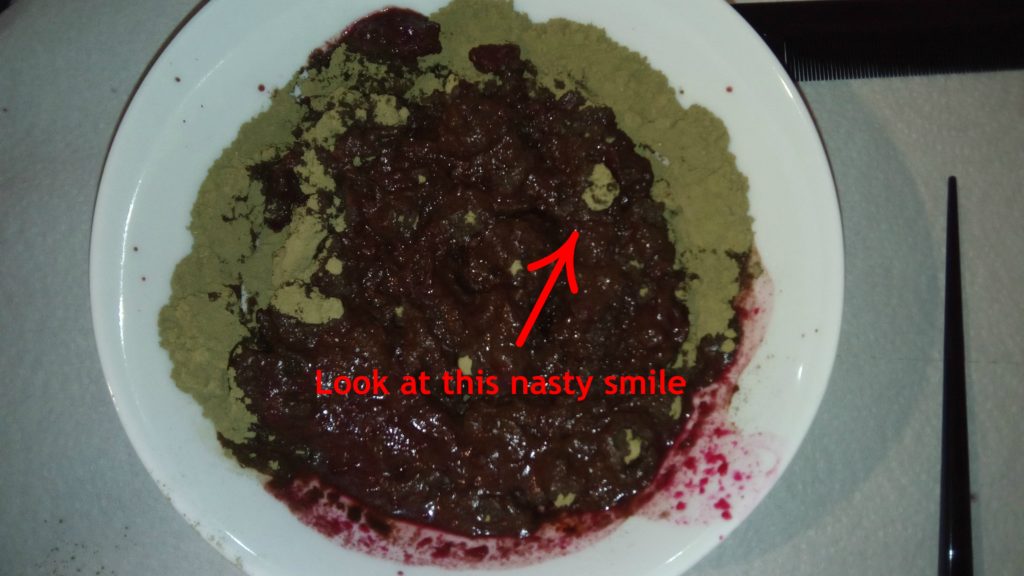 So we tried to make the bathroom prepared and my friend didn’t forget about using some cream on her forehead, back of the neck, ears and also along the hairline. She wanted to avoid coloured spots on her skin for sure. Later it came out that it was a really good and effective act. Okay, so all was fine, rubber gloves were on and we were ready to make it. We didn’t succeed with applying henna with a hair dye brush so we switched to applying with hands very early.

Comparing the mixture with „normal” hair dyes it seemed to be less spreadable and a little dryer. (Maybe we didn’t catch the perfect percentages about the ingredients for the first time.) Well, small pieces of henna were all around the bathroom and my friend said to have a scary feeling after applying the dye. She had the impression that her hair will dry with the mixture and it’ll be like an old bough and can break into pieces at any time. Of course it didn’t happen.

We thought that we were very mindful about everything. Yes. Expect one little thing. We didn’t lock the bathroom door. Someone came in of course and turned out immediately with loud laughing. Another friend of us. Although he knew what was going on, he was not prepared to the view of strange and kind of suspicious spots all around the bathroom. After this shock … we covered her hair with a plastic firm then used also a towel to prevent even more pieces of hair dye anywhere and get prepared to the rest of the day (and night) with some snacks ’nd films together. 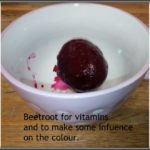 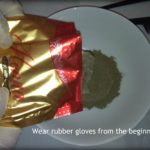 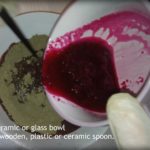 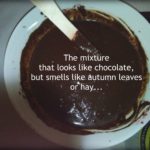 The mixture was on her hair for about ten hours and washing it out takes quiet long time but the result was soft, shiny hair with a thicker texture. I can understand that traditional henna applications are done in groups because it’s a long procedure with a lot of mess. While making it together is fun. 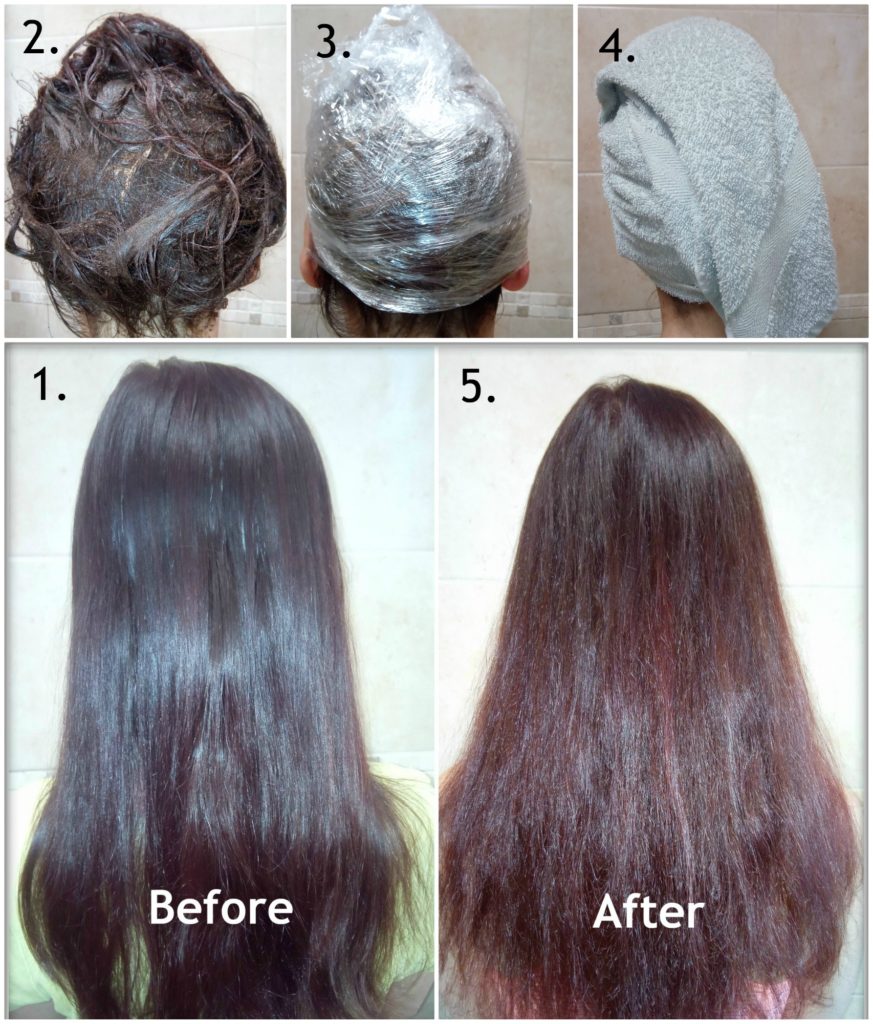 I’ve got to tell that later I found different opinions about adding more ingredients to henna. Just for an example while some think coffee can make the colour darker, others say it to be false given there’s no dyeing agents in it. You can read even more about henna in this post.